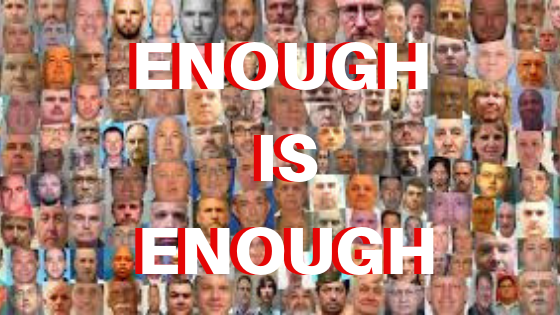 Over the past week you have probably seen the report out of Houston regarding a widespread issue of mishandling cases of sexual abuse among leaders with the Southern Baptist Convention. This week I am preparing to preach out of Philippians 3, in which we see Paul call back to his credentials that qualify himself as having done all of the things that his Jewish background would have considered the most important, even referring to himself as a “Hebrew of Hebrews.”
For my entire life, I have been a part of a Southern Baptist Church and for close to 9 years I have served in churches affiliated with the Southern Baptist Church. I spent time in every Lifeway VBS program, did all of the camps, and have been to just about any conferences or retreat you can imagine. By some standards I could brag about being a “Southern Baptist of Southern Baptists.”
Except, as the years have gone by, I find myself increasingly less welcome. The denomination has changed. I have changed. We don’t always see eye to eye. Part of my baptist heritage is a belief in autonomy of the local church. I think our disagreements can help us learn from each other and in the process of that we find ourselves closer to the real truth found in scripture. I preach with the expectation that everyone in my congregation might not agree with me and I think that is how it is supposed to be.
Nevertheless, I have maintained that the last thing the world needs is more Christians arguing with each other. I believe that there is good work being done in the Southern Baptist Convention and I am thankful for missionaries, pastors, and other leaders that have been faithful in serving around the world. We partner together where we can and leave the rest to God.
A few months ago, my congregation was given an ultimatum. If we continued to partner with another Baptist organization, we would no longer be welcome at the state level. There was no face to face conversation, but instead a public campaign of self-righteousness to say that this division can and must be created because of the importance of preserving doctrine and standing for biblical truths. While we disagreed with the decision, we respectfully decided to remain quiet as once again I believe that more division is not the answer. A relationship of over 100 years was ended with a letter.
This brings us back to the report regarding sexual abuse cases plaguing Southern Baptist Churches. This isn’t a comforting thought, but the fact that the abuse happened was not surprising, simply because when you have this large of an organization there is bound to have sin take over in places. The unfortunate result is people get hurt in the one place on earth where they should feel safe, valued, and loved.
Something disheartening is that there has been a general unwillingness among the convention to take a stand against sexual abuse and say that those caught in this sin will no longer be able to serve in leadership positions of the church. I value grace over judgment, but there are simply some things that we cannot allow from our leaders. While God will offer forgiveness, on earth there are consequences for our sin.
I cannot think for the life of me, why an organization so proud of standing up for what they call biblical truth and scriptural authority is so reluctant to say what EVERYONE else knows: sexual abuse is wrong and cannot and will not be tolerated. My church was kicked out of a fellowship solely because we refused to end a partnership with another organization even though our actual positions and actions never changed.
As a father, I worry about the world that my little girl will grow up in. I know that I cannot protect her forever. It pains me that an organization that I have served with my entire life feels compelled to remind her that God cannot call her as a minister but then also says that they don’t have enough authority over churches in their denomination to help make sure that if she attends a Southern Baptist Church she can rest assured the leadership won’t have a convicted sexual offender.
Still, I maintain that there is good work being done by the Southern Baptist Convention. I have friends and family members serving in roles and I know that there will be a mess by folks that did not partake in this mess. That, too, is unfortunately a consequence of fellowship. I’ve felt that myself.
So why am I sharing this? The time has come for the Southern Baptist Convention to take a stand against sexual violence and take real steps to implement real change. For too long autonomy has been a way to protect them from having to do hard things while at the same time being ignored when they have another agenda to pursue.
I’ve spent thirty years in the convention and I hope to continue that relationship in the future, but can only do so if there is an attempt to live out what they demand from others: honesty, accountability, and a willingness to speak for those who cannot speak for themselves.
Enough is enough.
February 13, 2019 0